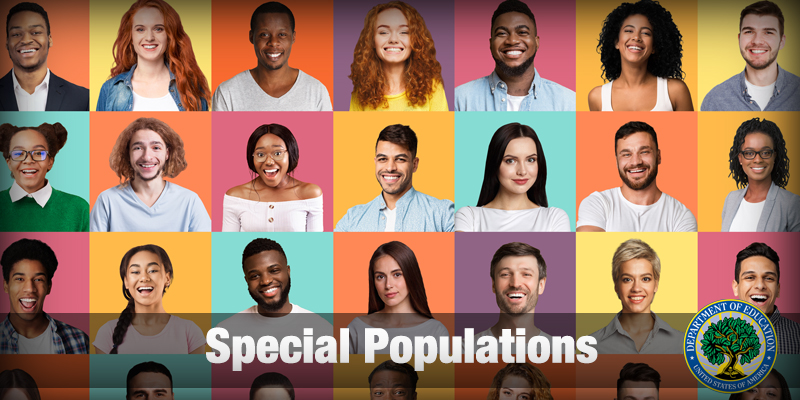 (A) individuals with disabilities;
(B) individuals from economically disadvantaged families, including low-income youth and adults;
(C) individuals preparing for non-traditional fields;
(D) single parents, including single pregnant women;
(E) out-of-workforce individuals;
(F) English learners;
(G) homeless individuals described in section 725 of the McKinney-Vento Homeless Assistance Act (42 U.S.C. 11434a);
(H) youth who are in, or have aged out of, the foster care system; and
(I) youth with a parent who—